This article originally appeared in the autumn 2016 edition of Telegraph magazine. Download the magazine now.

It’s hard to believe that Mike Stimpson became a landlord by accident. Housing in the region of 400 residential tenants across the south of England and letting numerous commercial properties across the UK, he is well-versed in all things property. Over the decades he has watched Governments come and go, landlord regulations shift and the property market boom, all while gaining valuable experience along the way.

“I became a landlord in 1958,” Mike begins. “I worked for the Post Office and in-between times I was doing up and selling cars with a partner. It was a part-time thing and we rented a double-length garage from a roofing company, which went bust. We stayed in the garage but didn’t know who to pay rent to because the roofers were also tenants.

“One day we were working in the garage and an elderly lady came up and asked: ‘Who do you think you are? What are you doing in there?’ She said she was the owner and that she had to sell the property to pay death duties.

“In those days I got about £5 a week wages, so £300 was a tremendous amount of money, but the beauty of it was, once I could establish that I had a permanent job I could get a mortgage, which was about £16 a month. It might not sound much, but it still had to be paid, so I rented out all the properties on the site except the garages we were using to cover my outgoings. I still own the property today.

“From there I purchased a 20-room property in Brighton for £3,750, with a £500 deposit. I still own that one as well and the value has increased considerably.

“I would buy the odd one and sell the odd one because we had to get the deposits together. At one point I had 40 to 45 mortgages. There were no computers in those days, so building societies wouldn’t know if I had others. Towards the end of paying off these mortgages, the building societies started amalgamating and the smaller ones merged with the bigger ones. Of course, I worried that building societies that I had mortgages with would all amalgamate [and cause me problems]!” 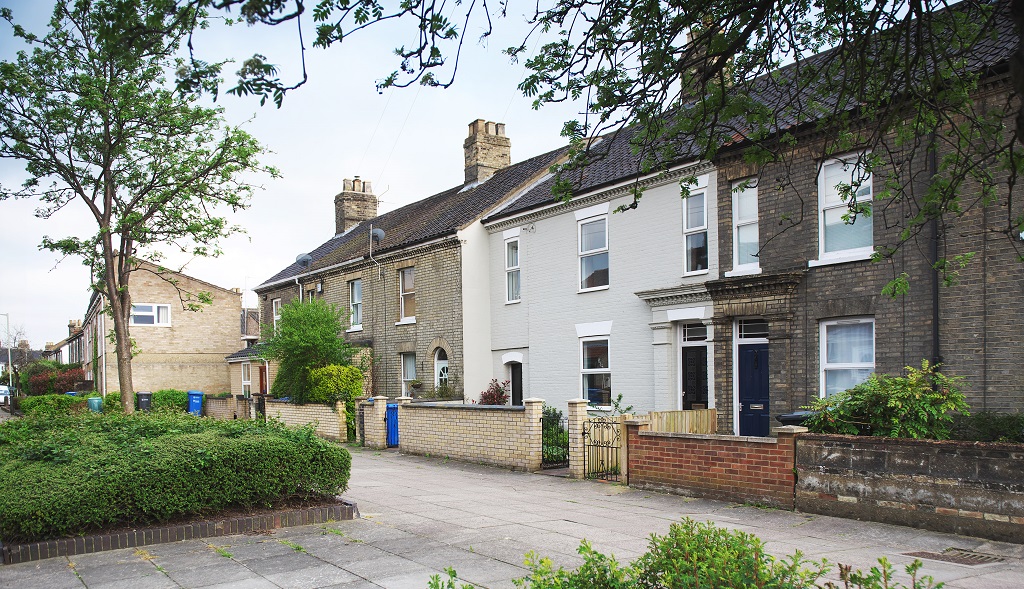 Mike managed the properties part-time for the first 29 years, but it became his primary profession in 1987.

“Stimpson Properties has now got between 350 and 400 tenants in the south of England. All my residential properties are within 10 miles of the centre of Brighton. That means we can be at any property very quickly indeed and we even have a 24-hour call-out service. We have a lot of commercial property in the UK too, but they’re a different beast [and need a different level of service].

“We employ approximately 16 staff. You can’t run a company like mine without staff. We do all our own development and maintenance in-house. We don’t tend to use any contractors.”

It’s not just the value of property that’s changed since Mike first became a landlord, but the very nature of the rental business.

“Tenants were regulated or controlled in those days,” Mike explains. “They had a right to live there and so did the next three generations, so you couldn’t give notice. Nowadays there’s hardly any of those tenancies.”

He goes on to explain that his set-up differs to that of smaller portfolio landlords. He caters for people looking for affordable accommodation, such as families on low incomes, as well as homeless people who struggle to get a roof over their heads.

When asked if there are any common problems with tenancies, he’s keen to point out that most tenants act reasonably and stay for a long time, way beyond their initial tenancy.

“Our tenants stay for 20 years or more,” he says. “We have them for quite long periods and most of them regard their tenancies as their homes, even though they’ve been on a rolling tenancy agreement for more than eight years. However, if there’s a problem, you must have the ability to evict them.”

When it comes to tenancy issues, he explains that while he sees some anti-social behaviour and rent arrears, it is at a low level. But there are other new issues appearing on the horizon.

“The problem we’re seeing more and more is subletting,” he says. “The Government is proposing to ban clauses in tenancy agreements that do not allow subletting. Not only is it foolish, it’s unreasonable. If you let to a tenant there should be no right for that tenant to sublet. And more often than not the person your tenant gets in is not the sort of person you would want as a tenant either. That is becoming a big problem. Of course, some people are also letting rooms or spaces as B&Bs too.”

The problem we’re seeing more and more is subletting

Since he first became a landlord, regulations have changed many times and he explains that it doesn’t always appear to be in the landlord’s interests.

He cites how the major political parties will have their own agendas and regulations change to meet the needs of the nation.

“For 40-odd years I’ve been representing landlords, both locally in the south of England and nationally through the National Federation of Residential Landlords [NFRL, now part of the National Landlords Association]. Not only was I able to deal with changes, but I was there to help negotiate for better regulations. It’s very political.

“I first got involved with Alan Boswell Group when they linked with the NFRL, having already been the insurance broker for the Eastern Landlords Association. They offered the NFRL their services at a time when no other broker would; landlords could not get cover for tenanted properties. There were few insurers that covered residential property at reasonable prices, but Alan Boswell Group found one who offered a product that landlords needed. In fact, we worked with one of the Group’s directors to design an appropriate policy, which met with landlords’ requirements.

“Today it’s all changed, because everybody is offering landlord insurance. Of course, some of them aren’t as good as the others – but that’s how it is.

“I keep telling people: go to Alan Boswell Group. They’ve got [policies] that we know meet the requirements of the average landlord. Go somewhere else and you might get it cheaper, but you’ve got to look at what’s covered.

Go to Alan Boswell Group. They’ve got [policies] that we know meet the requirements of the average landlord

“The reality is that Alan Boswell Group provide a great service, especially in difficult times, such as when a landlord needs to make a claim. Plus, they often have delegated claims authority; they deal with claims themselves up to a certain level, so you aren’t always referred back to the insurer.

“I’ve had a direct contact with [Business Account Manager] Steve Cox for a long while now. Steve comes and sees me once a year and I speak to him pretty regularly. He tells me exactly what’s happened with the market, although I’ve got an index-linked policy so I don’t have to worry about getting valuations done every year. We know where we are and it’s a service I can rely on.”

How to identify and manage troublesome tenants

Troublesome tenants are a landlord’s worst nightmare. We look at ways of avoiding bad tenants, spotting the signs that things are going wrong, and how to deal with common issues.

Seven benefits of NEBOSH to businesses