Here are three capital gains tax (CGT) questions for you to ponder:

1. How many individuals made enough capital gains in 2018/19 to face a CGT bill?

According to the latest provisional figures from HMRC, the answer is just 256,000. This is 9,000 fewer than in the previous tax year. Viewed another way, that amounts to less than 1% of all income taxpayers. However, over the 10 years since 2008/09, the number of CGT payers has nearly doubled.

So now you know that individual CGT payers totalled about a quarter of a million, try the next question…

2. How much tax did they have to pay in total?

The answer is £8,805m, which is over £3,400m more than was collected in inheritance tax (IHT) in 2018/19. IHT and CGT are both capital taxes, often charged on the same asset, although usually at different times. But CGT attracts much less criticism than IHT, which has been rated as the UK’s most-hated tax.

With the information on how many taxpayers and how much tax was collected, the third question might look easy… 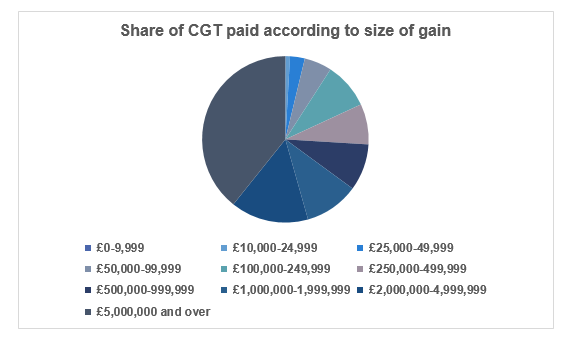 The answers to these three questions highlight two points which give pause for thought, one for the Chancellor and the other for you as an investor:

The value of tax reliefs depends on your individual circumstances. Tax laws can change.

The Financial Conduct Authority does not regulate tax advice.

The value of your investment and the income from it can go down as well as up and you may not get back the full amount you invested. Past performance is not a reliable indicator of future performance.

How much do I need to retire?

Over 40% of people don’t know how much they need to save for their retirement. In this article, we help you calculate how much you need to put away for different types of retirement lifestyles.

How to protect yourself from pension scams and financial fraud

RPI vs CPI: what’s the difference?

We all feel the effects of rising inflation as it eats away at our income, savings, and purchasing power. But how is inflation calculated, and how do the RPI and CPI indices affect our personal finances?